New D. 202 elementary opens door to full-day kindergarten for all 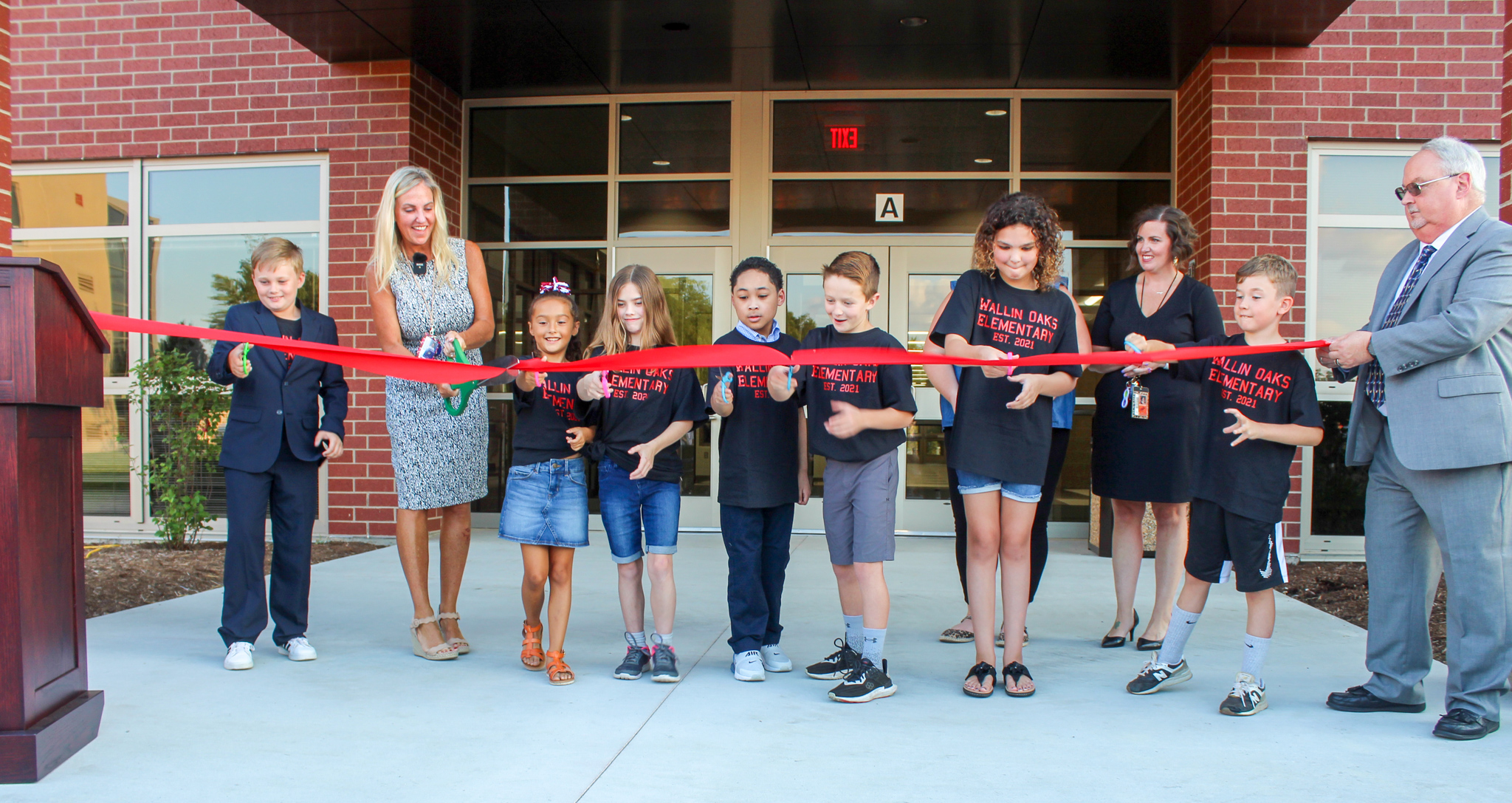 On August 18, 2021, Wallin Oaks Elementary School will both open its doors as District 202’s 18th elementary school and close the loop on a community goal at least 10 years in the making.

On that day, District 202 will provide full-day kindergarten for all interested students for the first time in its history.

Until now, District 202 has only provided half-day kindergarten. Illinois does not require students to attend kindergarten at all. Rather, state law only requires school districts to provide a half-day program if they provide a full-day program.

However, the district’s 2011-2016 Strategic Plan included creating full-day kindergarten as one of its top priorities, as families started seeking the educational and social benefits of an expanded school day for their new learners.

“This is an important and significant achievement for our district which has finally come to fruition thanks to a lot of hard work, vision, and commitment by our staff and the Board of Education,” said Superintendent of Schools Dr. Lane Abrell.

“Giving our littlest learners the best opportunities for success as early as possible will benefit them in school and later in life,” he said.

Wallin Oaks was built specifically to create enough space in all 18 district elementary schools for both full-day kindergarten and various special education programs that often move year to year based on enrollments and logistics.

As the fifth largest district statewide with about 25,000 students, District 202 did not have enough space to provide full-day kindergarten in its 17 current elementary schools.

District officials have long estimated that upwards of 1,500 students will want full-day kindergarten.

Enrollment is ongoing this summer, however preliminary and unofficial figures indicate those estimates are accurate. So far, only a few dozen students have registered for half-day kindergarten, which will also be housed at Wallin Oaks.

Meanwhile, as district staff continued searching for a permanent solution, the district created a limited full-day kindergarten program for 408 students each year (24 at each elementary school) starting in 2016-17.

Students were chosen randomly through a computerized lottery to avoid conflict of interest or favoritism.

Finally, in April 2019 the Board of Education approved plans to build what would become Wallin Oaks Elementary for $25 million.

The district took advantage of a special "leasing" option to pay the bank $2.5 million a year for 10 years. After 10 years, the district will take ownership of the property.

Critically, District 202 will not have to increase tax rates to pay for the new building through this unique arrangement. Individual tax bills may increase based on individual property values, but the district’s tax rate will not increase because of this project.